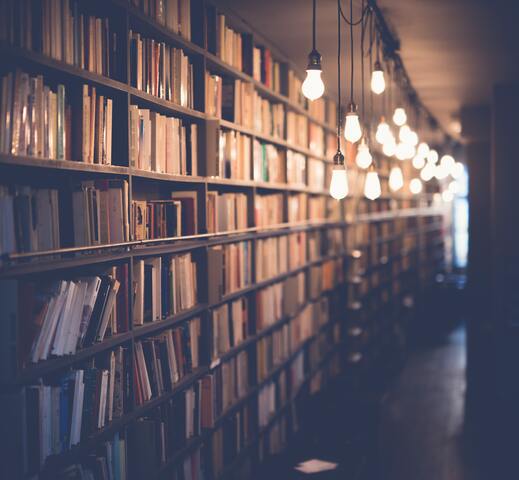 Happy Revenge of the Fifth! Hope you had a good May the Fourth as well. :-) To kick off my new “Book Musings” blog series where I talk about technical books I’ve read, I figured it’d be fun to start with a Star Wars book. Believe it or not, there is a chapter that I found relatable to my line of work in the technology field:

A Star Wars hacker (systems administrator) is tasked to run simulations to predict the future based on existing data (machine learning). They get an incredibly huge amount of droids connected to each other (a cloud computing cluster) to crunch through the data. The droids (servers) start to overheat once the prediction algorithm starts. To help, the Jedi (senior systems engineers) help out by creating rain (a water cooling solution). In the end, the hacker is able to predict the future accurately and help save the day!

As for the book itself, it’s not my favorite. There are too many stories going on at once and it jumps around randomly. You never get enough time to fully care about the characters or specific stories. I pushed through reading it only to understand this new era of the Star Wars universe (400 years before the Skywalker saga). Here’s to hoping the other book in the series are better!

On a personal level, one of my life goals is to publish a book. If you’ve ever seen my Root Pages notes, you’d know that I’m passionate about technical writing. As a stretch goal, I’d love to write a Star Wars book. Timothy Zahn was a huge inspiration for me getting into reading recreational books. I’d love to be able to write some books that complement his work. I also understand and relate to how hard it is to write a book so props to all of the authors out there!

Why I Ditched CentOS for Debian 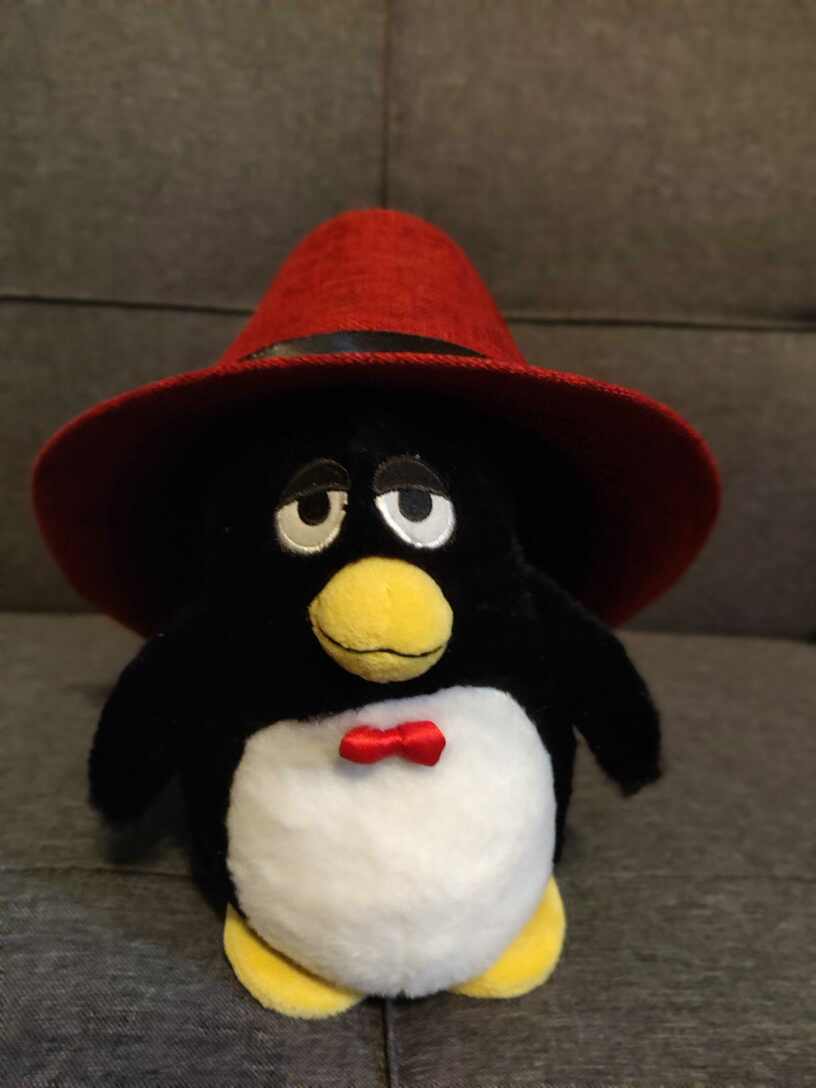 Earlier this year, even before CentOS 8 shortened its life to transition to Stream, I moved all of my servers off of CentOS and switched to Debian. Let me explain why.

Disclaimer: Even though I work(ed) for Red Hat, I was never involved with the RHEL team nor do I have any information on the direction of the product or the CentOS project.

What do you think? Am I justified in leaving CentOS? I have no regrets so far!

Wow. Out of nowhere, CentOS 8 just annouced it’ll be going end-of-life next year. It was supposed to recieve updates until the year 2029.

Here are three alternatives to checkout. Oracle Linux is the only one you can download and use today. The others are a work-in-progress. All of these can be used as a drop-in replacement. A simple change of the repository URLs should be all that’s required to switch to one of these.

CentOS as a project is not ending. CentOS 7 will continue to get full support until 2024. CentOS Stream is being pitched as the official replacement to CentOS 8. This more-so aligns with how Red Hat handles their open source projects: there is a leading-edge open-source technology that gets polished and turned into a product. This means that CentOS Stream will be an unstable project since it has the latest (barely tested) changes. I speak from experience that there’s a HUGE difference between a stable CentOS 8.Y point release and a rolling release. I will elaborate on this in a follow-up blog.

I can no longer recommend it as a production operating system to use. Can/should you use CentOS Stream for CI/CD for a product that’s being deployed on RHEL? Sure, tack it on as another distro. Make sure you also use Oracle Linux or another alternative to test the stable point releases, though, if you cannot use RHEL itself due to licensing/financial constraints. RHEL 8 also provides free-to-use container images via the Universal Base Images (UBIs). CentOS Stream will still, at least, more closely align with RHEL than Fedora does. 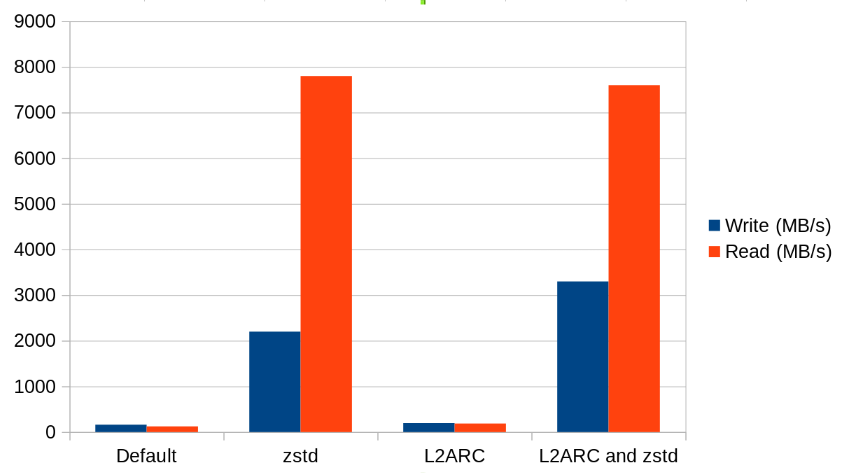 My OpenZFS benchmarks are in and the results are very enlightening!

The graph focuses on the tests using sequential zero read and writes. These seem to be more accurate than the urandom tests.

Let me cut to the chase:

Here are the full results for reference:

Considerations for future benchmarking of OpenZFS:

Add a SSD as a cache front of the HDD. This is also known as a L2ARC cache. This was only done after all of the non-L2ARC benchmarks were completed:

How were the benchmarks performed? Before every test, I ran sudo sync && echo 3 | sudo tee /proc/sys/vm/drop_caches to sync all writes to the disk and flush out the swap. The tests were preformed using similar commands to write and read 10 GB files:

Side note: /dev/urandom is NOT secure. I only used it for testing because, in theory, it’s supposed to be faster. Stick to /dev/random for generating random entropy for use in production applications.

So long for now!

Taking OpenZFS 2.0 out for a Spin! 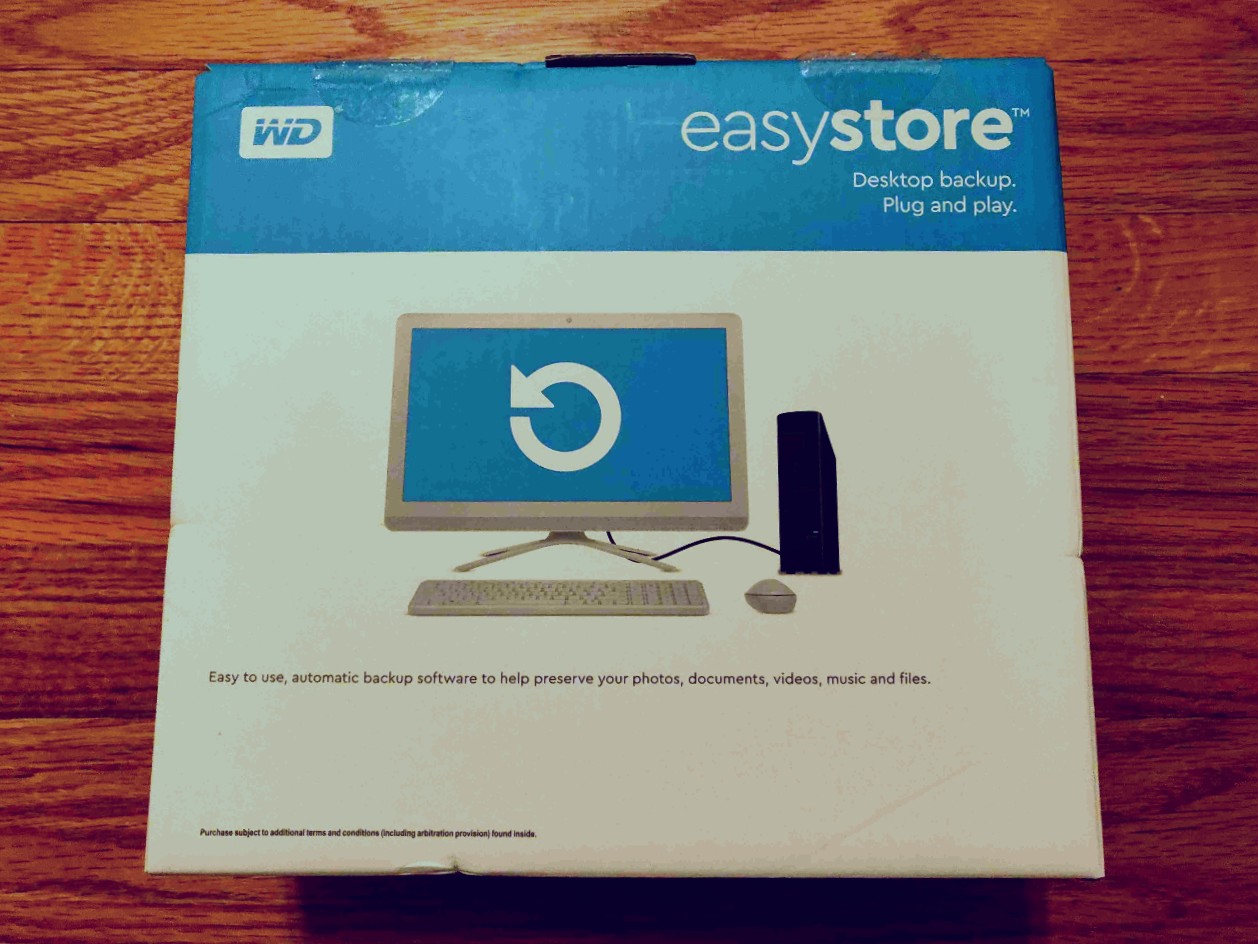 OpenZFS 2 has arrived! The open source project for providing the ZFS file system on BSD, Linux, Windows, and (soon-to-be) macOS had a major release this past week.

I’m a huge fan of Btrfs (or Buttery-F-S, as I like to call it). For the longest time, Btrfs was the king of Linux file systems. Some may say that it’s unstable because companies like Red Hat have removed support for it. However, Red Hat has 0 engineers working on the project. On the other hand, SUSE has a full department that works diligently on this wonderful file system. Once upon a time, it was not stable. I have experienced many file systems corruptions with Btrfs back in the day when it was young. Things have changed and nowadays it’s a real contender for production workloads. Where does ZFS fit into all of this? Well, it could be argued that Btrfs has spent its entire life trying to catch up with ZFS in terms of features and performance.

I was excited to hear when OpenZFS 2.0 was released but, at the same time, confused at the lack of packaging. I have been waiting a long time for this release, so let’s dive right into the source now and build it from scratch! These are my notes on how to build and install OpenZFS 2.

To test this, I created a Debian 10 virtual machine with two additional QCOW2 images attached. Imagine, if you will, that /dev/vdb is our SSD and that /dev/vdc is our HDD. The SSD will be used as a cache drive for the HDD. This is a trial of how I will end up re-configuring my home file server using Debian and ZFS.

These are my existing partitons:

Add the SSD as a L2ARC (cache) drive:

Here are our partitions now:

Let’s examine the status of the pool:

Create a dataset (similar in concept to Btrfs subvolumes). Let’s also set case insensitive so this will work as a CIFS share on Windows along with the newly anticipated zstd compression:

Check out the new dataset. Notice how pools and datasets will automatically mount themselves:

How do we know if compression is working? Let’s create a large file full of zeroes:

Notice how zstd compresses that 100MB file down to basically nothing! Granted, it’s easy to compress an endless supply of zeroes. You won’t be able to get infinite storage by using compression. ;-)

How about a test with a more “real life” example. Let’s create another 100 MB file but this time it will be full of random data:

Seeing is believing! We have saved 7 MB of space thanks to compression. The space savings will vary upon each individual file/inode:

Pools, datasets, compression, CIFS with ZFS, and ZFS on Linux: it’s true. All of it. It works on Linux! Don’t take my word for it, go try it for yourself! :-)

Stay tuned for a future article on ZFS performance tuning and benchmarking!

Using a DSLR as a Webcam on Linux

Ever wonder how to setup a DSLR to use as a high-end webcam in Linux? Me too.

I had a spare camera that I used to use all the time. That is, until my wife got a Google Pixel phone. It has been collecting dust for years - until now! I have been inspired by my peers and even my wife who are striving for that ultra-professional look during work calls. Using a DSLR really takes your video call to the next level.

For Windows users, it is almost a plug-and-play experience with Canon, Nikon, and Sony now having software to convert their DSLRs into webcams. Some vendors support macOS but good luck finding any support for Linux users! Add this to the list of “things you need to get your hands dirty with to have it work with Linux.” Although, I am proud to say that that list is ever shrinking! Year of the Linux desktop coming, anyone?

This tutorial focuses on Arch Linux and should also apply to Ubuntu and openSUSE. For Fedora users, you need to compile the obs-v4l2sink from source using a workaround patch or wait until OBS Studio 26.1 gets fully released in the coming days/weeks.

My full guide on setting up a DSLR for use in video conferencing can be found in my technical notes here.

P.S. - Pro tip for glasses wearers from my buddy Kevin Carter: get a polarizing filter to help reduce the amount of glare from the computer screen on your glasses. Also try changing the position of your glasses, rearranging lights, wearing contacts, or just go get LASIK surgery. ;-)

Reaching Over 1,000 Commits On Root Pages!

Over four years ago, I started one of my biggest open source projects ever: my notes. This is not your typical git project. It is not some fancy cloud-native application with an API. This is Root Pages.

At any given time, I like to say that 70% of my technical knowledge is retained within those notes and the GitHub issues page. It was a spiritual successor to my proprietary notes (dubbed “The Jedi Knight Archive”). The goal is simple: I want to share everything I learn with others.

This week I passed over the one thousand commit mark! It is now officially the largest project I have ever created. Let’s take a walk down the git history lane to see what I have taken the most notes on.

Looking at the top 20 commits here, we get an idea of what the majority of my notes are. Due to constant restructuring of the pages and not always using these [tags] in my commit messages, this is not completely accurate. It is still fair to say that I spend most of my time working on and learning about OpenStack, Kubernetes, and programming.

Searching the whole git history reveals a more accurate number of my notes with programming taking the lead over Kubernetes. That makes sense as I have been programming for over 6 years. Kubernetes has only been a large part of my life for 3. OpenStack has been one of my primary job responsibilities for the past 5 years so there are a lot of ins and outs I have discovered.

Are you curious to learn more about the cloud and technology industry? Feel free to check out my notes, fork them, open GitHub issues, or whatever your heart desires! You can check them out here. My notes are published online at the end of every quarter.

By the way, the day I’m publishing this is Thanksgiving! I’m thankful for the continued support of my friends, family, and colleagues. It’s their motivation and drive that helps to spark my own fire.

I’m now off to eat some Tofurkey (trust me, if you cook anything right and use the correct seasonings it will be delicious)! Cheers!